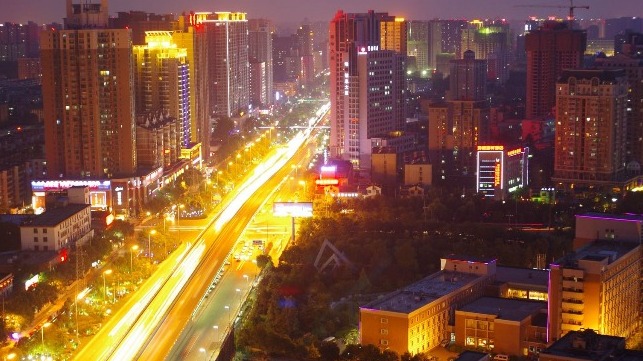 On July 3, China’s State Council released the full text of a three-year action plan to curb air pollution by 2020.

Air pollution in China is now affecting 37 percent of China's population, and measures taken so far are falling short of government goals and public expectations. The new plan offers tougher limits and proposes a quicker shift to cleaner fuels such as LNG and electricity, and high grade iron ore, coal and metals.

The challenge is many of these commodities are not produced competitively locally and need to be imported. Additionally, a large portion of existing capacity will now require stricter supervision and environmental compliance. As a result, Prakash Sharma, Head of China Research at Wood Mackenzie, expects domestic costs to rise and production curbs to increase. A proposed ban on trucking to move raw materials from port to plant could also be a game changer, as it creates more competition between domestic supply and imports.

The plan extends its reach to cities in the Fenwei plain in Shanxi, Shaanxi and Henan provinces, where air pollution is worsening. It calls for prioritizing district heating with coal-based combined heat and power plants and more switching from coal to gas or electricity. Henan province has said it will switch a further one million households by October 2018.

China has cut thermal coal consumption by 350Mt in the heating and cement sectors since 2013. “Further reductions will come,” says Sharma. “But it will be a challenge to switch to gas completely because it is more expensive and domestic supply is short. Heating demand in northern China is 300 bcm gas equivalent but actual consumption is only 30 bcm. One can imagine the potential impact on global gas markets if China were to switch fully, or quickly.” Sharma expects gas supply prioritization and rationing to continue to serve heavily polluted residential areas of the Beijing-Tianjin-Hebei cluster and the Fenwei plain.

Most of the policy measures in this new plan follow through previous ones. The action plan looks to continue to retire inefficient coal-fired power units under 300MW, or build high efficiency, low emission units as replacements. Henan and Guangdong provinces have announced they will close one GW each this year. “This doesn’t mean China is going to ease its pressure on coal-fired power construction. It already aimed to cancel or defer around 150GW of proposed coal-fired power projects last year, and this trend will continue,” says Sharma.

“Not surprisingly, renewable energy continues to be favored as a key enabler towards cleaner air. China is keen to support interruptible gas users, such as gas-fired peak-shaving power plants, to smooth out intermittency of renewables. The government is also offering to cut transmission tariffs for renewable electricity to promote its penetration in fuel-switching programs for space heating.”

But there are policy shifts. “Construction of gas-fired coal-based combined heat and power plants has been encouraged in previous announcements given their environmental benefits. The new plan now looks to put a ban on them, very likely due to concerns around seasonal gas shortages and the negative impact of higher costs. It is likely that gas’ penetration in the power and petrochemical sectors will be slower than we previously expected.”

China also plans to revoke legacy favorable power prices offered by local governments to energy-intensive industries. In fact, the government wants to implement higher power tariffs to squeeze inefficient and outdated producers out of the market. This could mean higher production costs.

Wood Mackenzie estimates more than half of China’s steel-making capacity will now come under scrutiny on emissions control and will be subject to production curbs during autumn and winter. This means steel production growth could slow later this year keeping the market tight and prices higher. Demand for high grade iron ore will continue to find support as mills will chase productivity to maximize output. The plan aims to ban new capacity additions in the steel, coking and aluminum smelter sectors in the target area and existing plants will need to follow tighter emission limits.

Development of a “green” transport system with higher fuel efficiency and lower emissions intensity is a key feature of the plan. This would be achieved by increasing the share of railways and waterways and drastically reducing that of road transport. The government aims to eliminate trucking of raw materials – coking coal, iron ore and limestone – from port to plant by 2020. “While this means improved supply consistency as it would be less affected by weather, it could result in higher costs for short-distance transportation. In the near term, the move could result in increased clearance time for imported coal cargoes, as witnessed last winter,” says Sharma.

China is on track to tightening its fuel specification and vehicle emission standards. A significant step up of the current plan is that from January 1, 2019, a unified fuel specification standard will be enforced for road diesel, off-road diesel and bunker diesel. Most giant refineries are geared to meet this challenge of supplying a uniform standard fuel from next year, but some small independent players may struggle. The current plan will impose more stringent supervision on fuel blending, which will further compress the marketplace for independent refiners and fuel blenders.