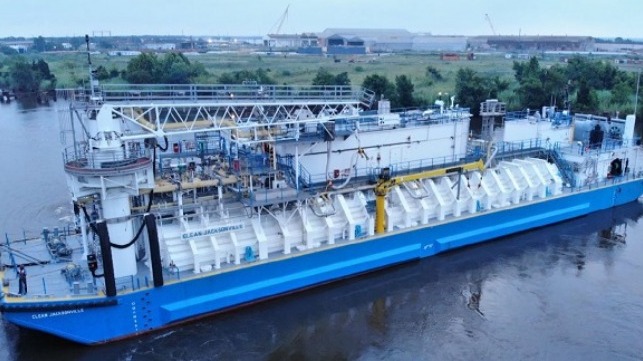 The first LNG bunker barge built in North America has been delivered by                Conrad Industries to TOTE Maritime Puerto Rico.

They have so far been bunkering by truck at Jacksonville.

Both ABS and the U.S. Coast Guard collaborated on the bunker barge project which is also                        the first time a GTT membrane system has been installed in a non self-propelled barge in the U.S.