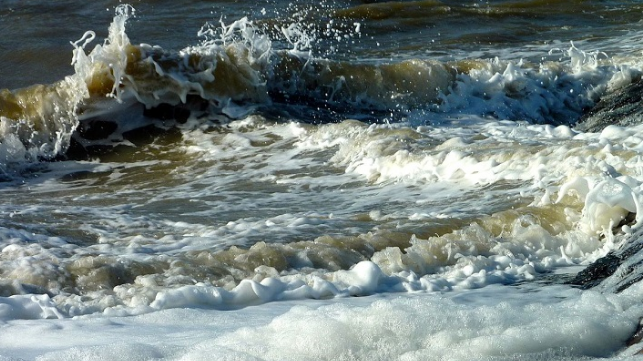 Adding iron or other nutrients into the oceans to enhance natural processes to draw carbon from the atmosphere and creating foams which float on the surface of the sea to reflect sunlight back into the atmosphere are among a wide range of geoengineering practices which have been put forward as potential tools for countering climate change.

But, in a new report, marine and social scientists are urging a precautionary approach towards these techniques which involve deliberate large-scale manipulation of the environment.

The review of a wide range of proposed marine geoengineering techniques is the first to comprehensively examine the many proposed ways to remove carbon dioxide from the atmosphere or boost the reflection of incoming solar radiation to space (known as “albedo modification”) - or, in some cases, both.

Co-editor Dr. Philip Boyd, Professor of Marine Biogeochemistry at the Institute for Marine and Antarctic Studies at the University of Tasmania in Hobart, Australia, said: “The vast area, immense volume and potential large capacity for storing carbon dioxide of the world’s oceans mean that many approaches for marine geoengineering have been proposed. This report highlights the need for sound scientific evidence for each approach that may be considered by policy makers and regulators. There are legal, socio-economic, and geo-political considerations that will need to be taken into account.”

One of the approaches examined, ocean iron fertilization, has already been addressed by the London Convention and Protocol, the treaties which regulate the dumping of wastes at sea - under which it is prohibited, except for legitimate scientific research. Parties to the London Convention and Protocol have adopted an “Assessment Framework for Scientific Research Involving Ocean Fertilization” (Resolution LC-LP.2(2010)), which guides Parties on how to assess proposals for ocean fertilization research and provides detailed steps for completing an environmental assessment, including risk management and monitoring. This assessment framework for ocean fertilization was used as a template for assessing the different approaches in the study.

• carbon dioxide removal – physical transport, such as liquid CO2 on the seabed; current knowledge gaps include upscaling issues and side effects

• hybrid technologies for carbon dioxide removal/food security, such as macro-algal cultivation; current • knowledge gaps include upscaling issues and side effects