Sunday, 29 March 2020
HomeSHIPPING NEWSLooking for a Diamond? Look to the Sea 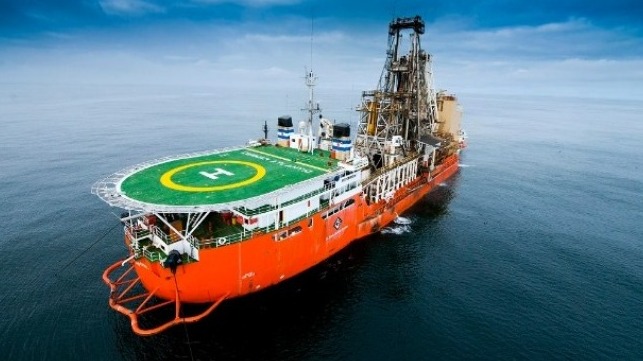 Diamond mining has traditionally been restricted to the land. However, recent developments are changing that. Fears that land-based diamond mines may dry up and affect the business of buying and selling diamonds have spurred interest in underwater mining.

Millions of years ago, gemstones washed into the ocean and settled at the bottom of the Atlantic off the coast of Namibia. Diamond companies are now focusing on mining them using vessels similar to oil rigs.

This is particularly important for a country such as Namibia. The nation’s economy is closely linked to the diamond industry. The mining of these gems off the coast may help to address concerns that the country’s land-based diamond mines may one day dry up.

Is ocean mining viable for the diamond industry?

If recent history is any indication, it will work. Major diamond mining company De Beers produced approximately 1.378 million carats of diamonds in 2017 via its marine diamond mining operations alone.

It’s also worth noting that Debmarine Namibia, which is a joint operation between De Beers and Namibia’s government, has only explored approximately two percent of the total area it has been given permission to mine for these purposes. That means there are almost certainly vastly more diamonds to be found.

However, the process takes work. Otto Shikongo, CEO of Debmarine Namibia, has explained that mining for diamonds in the ocean is very different from mining them on land. On land, it’s fairly easy to see the area being worked on. That’s obviously not the case when the diamonds are on the bottom of the ocean floor. Debmarine Namibia often relies on underwater drone-like vehicles and small, two-person submarines to get a closer look at the areas the company is considering mining.

Finding underwater diamonds isn’t simply about taking advantage of a previously untapped supply. The diamonds mined from the ocean tend to be very high quality. This is because they have bee naturally “pulled out” of kimberlite rock. In land-based mining, the kimberlite must be crushed, which tends to result in crushing some of the larger, more valuable diamonds.

Again, this doesn’t merely represent an opportunity for diamond mining companies. As land-based mines have slowly but steadily yielded fewer and fewer diamonds over the years, the economies of countries like Namibia have been put in jeopardy. This approach can change that. In the coming years, it’s also likely the technology and processes necessary for mining diamonds from the ocean will improve as industry experts place a greater focus on this new method.

We’ve only seen the beginning of a new era in diamond mining.

Rae Steinbach is a graduate of Tufts University with a combined International Relations and Chinese degree.

We have 25 guests online