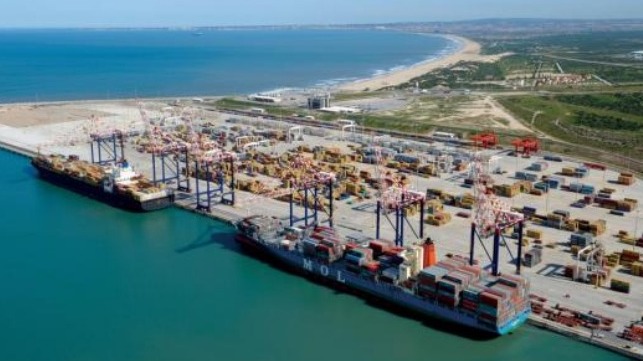 A labor dispute at the Port of Ngqura, South Africa is creating serious difficulties for some of the country's largest exporters. Port workers allege that they have not been paid promised bonuses by state-owned ports operator Transnet, and they have launched a multiday work slowdown that has led to berthing delays, 18-hour drayage waits and at least one factory shutdown.

On July 5, Transnet advised its customers that "the organisation is facing illegal industrial action in the form of a go-slow in some of its ports operations." Port spokesperson Molatwane Likhethe also said that its terminals have been hit by equipment failures and high levels of absenteeism.

In response, Transnet says that it is engaging with its workforce and has suspended several employees. South Africa's longshore union, UNTU, represents about half of the workers at Coega, and its leadership said that the disruption is being led by non-union workers.

Peter Besnard, the CEO of the South African Association of Ship Operators and Agents, told local outlet FTW that some boxships have been delayed for as long as four days and that others are opting to skip their port calls at Durban. This is having serious repercussions for manufacturers and exporters: car manufacturer Volkswagen has had to slow production at its thriving Uitenhage plant, a major part of South Africa's 600,000-unit-per-year auto manufacturing industry, due to a shortage of parts. The region's citrus growers are also losing access to export markets, meaning lost sales - and, potentially, a lost portion of their crop.