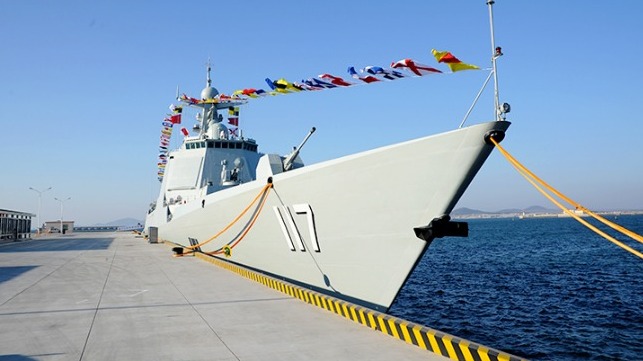 China has released a defense white paper, its first in four years, criticizing the U.S. and taking a tough stance on unification.

International strategic competition is on the rise, says the paper. “The U.S. has adjusted its national security and defense strategies, and adopted unilateral policies. It has provoked and intensified competition among major countries, significantly increased its defense expenditure, pushed for additional capacity in nuclear, outer space, cyber and missile defense, and undermined global strategic stability.”

In contrast, since opening up China has been committed to promoting world peace and has voluntarily downsized the PLA by over four million troops. “China has grown from a poor and weak country to be the world’s second largest economy neither by receiving handouts from others nor by engaging in military expansion or colonial plunder. Instead, it has developed through its people’s hard work and its efforts to maintain peace.”

China says its military strategy adheres to the principles of defense, self-defense and post-strike response, and adopts active defense. It keeps to the stance that “we will not attack unless we are attacked, but we will surely counterattack if attacked.” 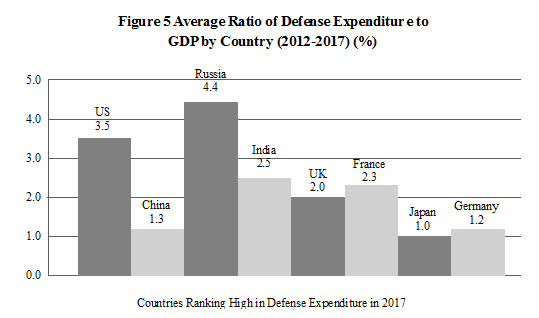 The paper notes that non-traditional security threats involving cyber security, bio-security and piracy are becoming more pronounced. “The Iranian nuclear issue has taken an unexpected turn, and there is no easy political solution to the Syrian issue. The security of individual countries is becoming increasingly intertwined, interlinked and interactive. No country can respond alone or stand aloof.”

China continues to enjoy “political stability, ethnic unity and social stability.” However, the paper says that the fight against separatists is becoming more acute. “The Taiwan authorities, led by the Democratic Progressive Party (DPP), stubbornly stick to 'Taiwan independence' and refuse to recognize the 1992 Consensus, which embodies the one-China principle. They have gone further down the path of separatism by stepping up efforts to sever the connection with the mainland in favor of gradual independence, pushing for de jure independence, intensifying hostility and confrontation, and borrowing the strength of foreign influence. The 'Taiwan independence' separatist forces and their actions remain the gravest immediate threat to peace and stability in the Taiwan Strait and the biggest barrier hindering the peaceful reunification of the country.”

China says the South China Sea islands and Diaoyu Islands in the East China Sea are inalienable parts of the Chinese territory. “China exercises its national sovereignty to build infrastructure and deploy necessary defensive capabilities on the islands and reefs in the South China Sea, and to conduct patrols in the waters of Diaoyu Islands in the East China Sea. China is committed to resolving related disputes through negotiations with those states directly involved on the basis of respecting historical facts and international law. China continues to work with regional countries to jointly maintain peace and stability. It firmly upholds freedom of navigation and overflight by all countries in accordance with international law and safeguards the security of sea lines of communication.”

China says it resolutely opposes U.S. arms sales to Taiwan and illegal entry into China’s territorial waters and maritime and air spaces near relevant islands and reefs, and wide-range and frequent close-in reconnaissance. However, it notes that military-to-military relationship remain generally stable.

The PLA Navy is speeding up the transition of its tasks from defense on the near seas to protection missions on the far seas and improving its capabilities for strategic deterrence and counterattack, maritime maneuver operations, maritime joint operations, comprehensive defense and integrated support, to build a strong and modernized naval force.

The strategic goals for the development of China’s national defense and military are:

• to generally achieve mechanization by the year 2020 with significantly enhanced informationization and greatly improved strategic capabilities;

• to fully transform the people’s armed forces into world-class forces by the mid-21st century.

The white paper is available here.