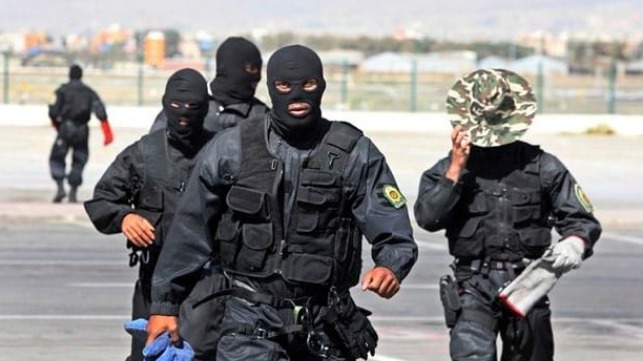 The U.S. Maritime Administration (MARAD) has issued an advisory regarding the potential threat to ships sailing in the Strait of Hormuz.

Issue: Heightened military activity and increased political tensions in this region continue to pose serious threats to commercial vessels, says the advisory. Associated with these threats is a potential for miscalculation or misidentification that could lead to aggressive actions. Vessels operating in the Persian Gulf, Strait of Hormuz, and Gulf of Oman may also encounter GPS interference, bridge-to-bridge communications spoofing, and/or other communications jamming with little to no warning.

Since May 2019, the following maritime incidents have occurred in this region:

In at least two of these incidents, vessels reported GPS interference. One vessel reportedly shut off its Automatic Identification System (AIS) before it was seized, complicating response efforts. Vessels have also reported spoofed bridge-to-bridge communications from unknown entities falsely claiming to be U.S. or coalition warships.

Vessels operating in this area are advised to review security measures, ensure AIS is transmitting at all times, and monitor VHF Channel 16.

To afford best protection in the region, U.S. flagged commercial vessels are encouraged to:

- Simultaneously register with both the United Kingdom Maritime Trade Office (UKMTO) and U.S. Fifth Fleet Naval Cooperation and Guidance for Shipping (NCAGS) Watch when entering the Indian Ocean Voluntary Reporting Area (VRA) by e-mailing them the Initial Report from Annex D of Best Management Practices to Deter Piracy and Enhance Maritime Safety in the Red Sea, Gulf of Aden, Indian Ocean and the Arabian Sea (BMP5).

- Provide transit plans for the Strait of Hormuz and Persian Gulf to UKMTO and U.S. Fifth Fleet NCAGS via a single e-mail, including the time of entering/exiting the SoH Traffic Separation Scheme, an outline of the navigation plan for operating in the SoH and PG, and speed restrictions or other constraints.

- In the event of any incident or suspicious activity, call UKMTO or the U.S. Fifth Fleet Battle Watch and activate the Ship Security Alert System immediately.

- Utilize other reports included in Annex D of BMP5 as necessary, including both UKMTO and Fifth Fleet NCAGS on each of these reports.

The advisory notes that all vessels should be aware that U.S. and other coalition naval forces may conduct maritime awareness calls, queries and approaches to ensure the safety of vessels transiting the Persian Gulf, Strait of Hormuz, Gulf of Oman and Arabian Sea. If a U.S. flag commercial vessel suspects it is being hailed from a source falsely claiming to be a U.S. or coalition naval vessel, the U.S. Fifth Fleet Battle Watch should be immediately informed.

If hailed by Iranian forces, U.S. flag commercial vessels should provide vessel name, flag state and affirm that they are proceeding in accordance with international law as reflected in the Law of the Sea Convention. The master should immediately inform the U.S. Fifth Fleet Battle Watch.

If Iranian forces seek to board a U.S. flag commercial vessel navigating these waters, the ship’s Master should, if the safety of the ship and crew would not be compromised, decline permission to board, noting that the vessel is proceeding in accordance with international law, and immediately inform the U.S. Fifth Fleet Battle Watch.

If Iranian forces board a U.S. flagged commercial vessel, the vessel should immediately contact the U.S. Fifth Fleet Battle Watch. The crew should not forcibly resist the boarding party. Refraining from forcible resistance does not imply consent or agreement to that boarding.