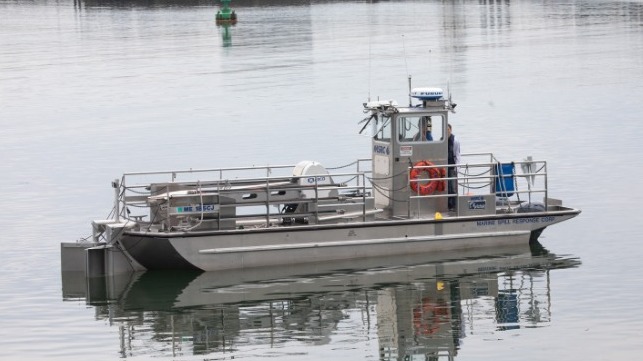 Boston-based Sea Machines Robotics says that it has successfully demonstrated an autonomous system on board an MSRC-owned skimmer boat, making it the first autonomous vessel of its type in the world.

The on-water demonstrations took place at a marina in Portland, Maine before a live audience of government and industry representatives, including the U.S. Maritime Administration. (MARAD entered into a cooperative agreement with Sea Machines earlier this year on the terms of the exercise.)

"This is the future of the maritime industry. It’s safer, it’s faster, it’s more cost-effective,” said Richard Balzano, deputy administrator at MARAD. “This technology is here and it will make you a believer.”

Sea Machines also discussed how to operate the skimmer in an unmanned autonomous mode, which allows operators to respond to spill events 24/7, even when crews are restricted. This also reduces or eliminates the need to expose crewmembers to challenging sea and weather, toxic fumes and other safety hazards.

Sea Machines specializes in standardized, modular systems for remote control and/or autonomous control (depending upon the model selected). These systems are designed to be installed on both newbuilds and existing vessels, and the company says that the payback time can be less than a year for a retrofit. It is also a leading developer of advanced perception and human navigation assistance systems, and it is currently testing this technology aboard one of Maersk's new ice-class container ships.

“Our operation of the world’s first autonomous, remote-commanded spill-response vessel is yet another significant industry first for Sea Machines,” said Michael G. Johnson, founder and CEO of Sea Machines. “But even more important is the fact that we’ve proven that our technology can be applied to the marine spill response industry – as well as other marine sectors – to protect the health and lives of mariners responding to spills."

We have 25 guests online