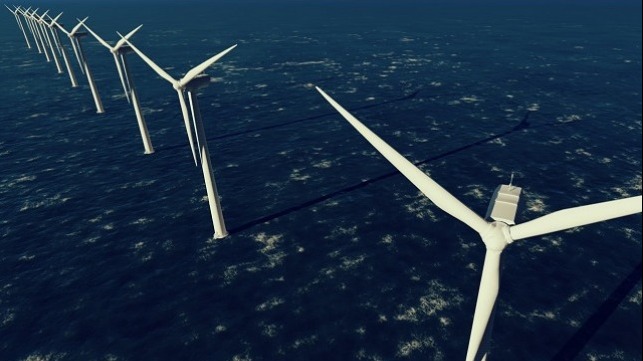 Google has announced the biggest corporate purchase of renewable energy in history.

The purchase involves 1,600MW and includes 18 new energy deals, one of which is 92MW from Engie's Norther offshore wind farm in the North sea off Belgium. This is Google's first large-scale renewable energy purchase in the country and marks the first time that Google has bought power from an offshore wind farm.

Almost half (793 MW) of the new renewable energy capacity purchased will be located in Europe, specifically Finland (255MW), Sweden (286MW), Belgium (92MW) and Denmark (160MW). In the U.S., Google will purchase energy from 720MW of solar farms: in North Carolina (155MW), South Carolina (75MW) and Texas (490MW). In South America, 125MW of renewable energy capacity will be added to the grid that supplies Google's data center in Chile. Together, the deals will increase Google’s worldwide portfolio of wind and solar agreements by more than 40 percent, to 5,500MW, equivalent to the capacity of a million solar rooftops.

“Once all these projects come online, our carbon-free energy portfolio will produce more electricity than places like Washington D.C. or entire countries like Lithuania or Uruguay use each year,” said Sundar Pichai, CEO of Google.

“Our latest agreements will also spur the construction of more than $2 billion in new energy infrastructure, including millions of solar panels and hundreds of wind turbines spread across three continents. In all, our renewable energy fleet now stands at 52 projects, driving more than $7 billion in new construction and thousands of related jobs.

“To ensure maximum impact, all of our latest deals meet the rigorous “additionality” criteria we set out long ago for our energy purchases. This means we’re not buying power from existing wind and solar farms but instead are making long-term purchase commitments that result in the development of new projects. Bringing incremental renewable energy to the grids where we consume energy is a critical component of pursuing 24x7 carbon-free energy for all of our operations.”

“Sustainability has been one of Google’s core values from our earliest days,” said Thierry Geerts, country director at Google Belgium. “We’ve been a carbon-neutral company since 2007. In 2017, we became the first company of our size to match our entire annual electricity consumption with renewable energy (and then we did it again in 2018). As a result, we became the largest corporate buyer of renewable energy in the world.

“Modern offshore wind turbines can be more than twice the size of onshore turbines, enabling us to bring large amounts of low-cost, clean electricity to the grid where our Belgian data center is located,” he said.