Tuesday, 31 March 2020
HomeSHIPPING NEWSOpen Loop Scrubbers Not to be Used in Suez Canal 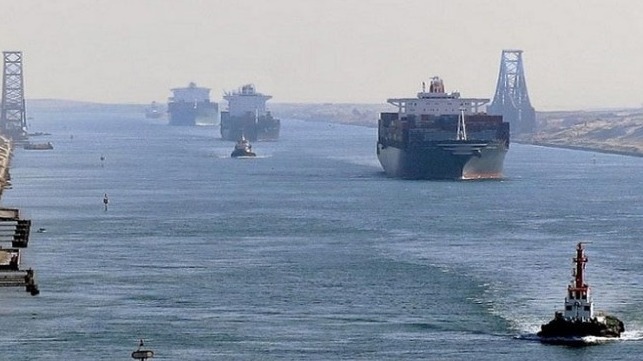 The Suez Canal Authority has clarified its stance on scrubbers in a circular which indicates that ships transiting the waterway can burn heavy fuel oil and must not discharge washwater from open-loop scrubbers.

Circular No. 08/2019 states: “In consideration of using fuel oil with low sulfur content in accordance with MARPOL Annex VI during transit from Suez Canal, you are kindly advised that Suez Canal Authority puts no conditions or restrictions on fuel oil or open-loop exhaust gas cleaning systems until ratification of MARPOL Annex VI by Arab Republic of Egypt.

“This is also in consistence with the obligation that wash water resulting from exhaust gas cleaning systems shall not be discharged into water during vessels' transit of Suez Canal.”

The Authority notes that the Exhaust Gas Cleaning Systems Association (EGCSA) sought clarification, and it states in response that the Gulf Agency Company in Egypt advises that it is best not to use open-loop scrubbers during a transit so that wash water is not discharged.

Earlier this year, the Suez Canal Authority advised that most tolls will remain unchanged for 2020. Tolls for dry bulk vessels and LPG carriers will increase by five percent effective from April 2020.

The Suez Canal accommodated 18,880 ships with a net tonnage of 1.2 billion tons and revenues of $5.8 billion during 2019. This was an 3.9 percent increase on the previous year. Approximately 8.3 percent of global trade traffic passes through the canal, including 25 percent of containerized cargoes.