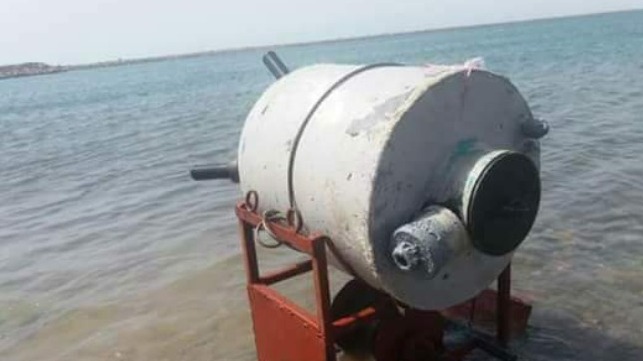 MARAD did not identify the source of the mines, but Houthi rebel forces have deployed naval mines like the one above off the southern Red Sea coast of Yemen (file image)

The U.S. Maritime Administration has issued a warning to merchant shipping about a unique threat near the maritime boundary between Yemen and Saudi Arabia - floating naval mines.

Mines have recently been reported in coastal waters of the Red Sea between Midi, Yemen and Jizan, Saudi Arabia. Houthi rebel forces are known to use naval mines to target Saudi-allied vessels off the southern coast of Yemen; without commenting on the origin of the devices, MARAD reported that it is possible that the mines may have drifted north following a seasonal change of current flow.

The threat is mainly located in coastal areas south of the port of Jazan, within the area shaded in gray below: 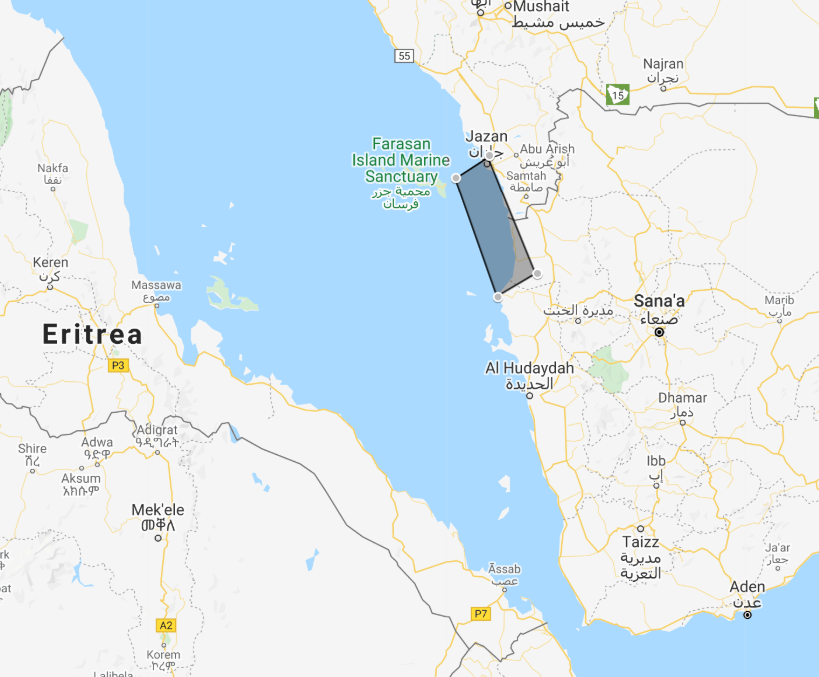 MARAD advises that merchant vessels should exercise caution when transiting this region.

In a sign of the risk to neutral shipping, the Saudi coalition backing the government of Yemen reported last week that an Egyptian fishing boat sank in the Red Sea after hitting a naval mine. Six Egyptian fishermen were on the boat and three were rescued by coalition forces, according to spokesman Col. Turki al-Malki. The other three fishermen were reportedly killed by the explosion.

"The . . . Houthi militia’s continuation of planting and deploying naval mines is a serious threat to maritime navigation and international trade in south of Red Sea and Bab el-Mandeb Strait," said Col. al-Malki in a statement. "The coalition will carry on its efforts to neutralize maritime and naval mine threats."