ITF Calls for Action on Gulf of Guinea Piracy 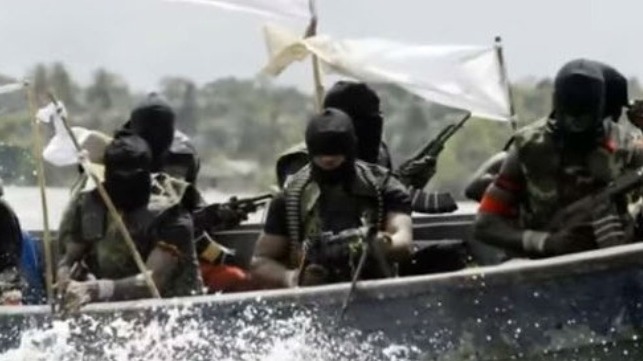 Following back-to-back attacks on two vessels in the Gulf of Guinea last week, the International Transport Worker’ Federation has called for urgent global and regional cooperation to fight piracy off West Africa.

The frequency of attacks in the piracy-plagued Gulf of Guinea is increasing, ITF warned. Sixty-two seafarers have been reported as abducted off the coasts of Nigeria, Guinea, Togo, Benin and Cameroon so far this year. Last month, the International Chamber of Commerce International Maritime Bureau (IMB) reported that the Gulf of Guinea accounts for 86 percent of seafarers held hostage and nearly 82 percent of seafarer kidnappings worldwide.

“Alarmingly, the frequency and severity of attacks on vessels in the Gulf of Guinea is increasing, with a spate of recent kidnappings and ruthless acts of violence in recent months. The entire maritime industry urgently needs to take action to improve prevention, reporting and response to attacks across the Gulf,” said ITF seafarers’ section chair David Heindel. “Coastal countries in the Gulf must work with industry and unions to identify actions, and allocate adequate resources, to reduce the risks posed to seafarers and shipping.

“While we acknowledge the difficult international regulatory environment, we must continue to build capacity and cooperation and address the mounting human toll that these attacks are having on lives and physical and mental health transiting through the waters of West Africa,” he added.

The European Union has taken an interest in providing a loosely-coordinated joint maritime patrol force for the Gulf of Guinea. Its first test case for an EU overseas “coordinated maritime presence” operating structure is likely going to occur in the world’s busiest region for piracy.

“We mentioned the Gulf of Guinea as a first test we could have of this mechanism that would be very light,” said European Commission high representative for foreign affairs Federica Mogherini at an EU ministerial meeting in August. “It would be in addition to the traditional military operations that the European Union has and can continue to have in the future.”