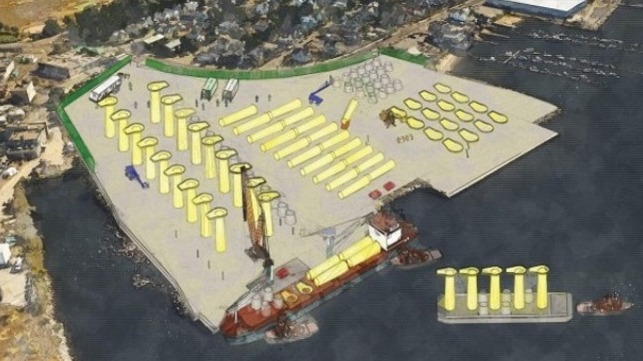 The Connecticut Department of Energy and Environmental Protection has announced that Vineyard Wind has been selected to advance to contract negotiations with the state’s electric distribution companies to provide 804MW of offshore wind through the development of the Park City Wind Project.   The Park City Wind project will now enter into contract negotiations with the state’s two electric utilities, The United Illuminating Company and Eversource Energy, for a contract with a 20-year term.

When it comes online in 2025, the project will provide the equivalent of 14 percent of the state’s electricity supply, becoming a major part of Connecticut’s reliance on natural gas power plants. The Department says the Park City Wind project is offered at a price lower than any other publicly announced offshore wind project in North America. The project also includes an estimated $890 million in direct economic development in Connecticut, including Bridgeport Harbor and the local supply chain. Vineyard Wind estimates 2,800 direct full-time employment years will be created in Connecticut through the project.

Vineyard Wind says that Park City Wind has the potential to establish Bridgeport – often referred to as The Park City – into an American hub for the emerging U.S. offshore wind industry. Over the last two years, states from Virginia to Massachusetts have announced plans to procure 22,000MW of offshore wind power which represents $85 billion in economic and investment opportunity. Bridgeport can play an integral role in both Connecticut and different project opportunities up and down the East Coast, says the company.

The Park City Wind proposal includes options to develop an up to 1,200MW project, which could generation enough electricity to power 600,000 Connecticut homes. Vineyard Wind has proposed hundreds of millions of dollars in investments in Connecticut, including:

•  Transforming Barnum Landing: Vineyard Wind will partner with McAllister Towing and Transportation to redevelop an 18.3-acre waterfront industrial property in Bridgeport that is currently underutilized and undeveloped.

•  Constructing an O&M Facility with a 25+ Year Lifetime: Vineyard Wind is also committed to making Bridgeport home to Park City Wind’s operations and maintenance (O&M) hub for the life of the project.

Vineyard Wind is a joint venture of Avangrid Renewables and Copenhagen Infrastructure Partners, each of which own 50 percent.

In 2018, the Department selected 304MW from Revolution Wind developed by Ørsted and Eversource.