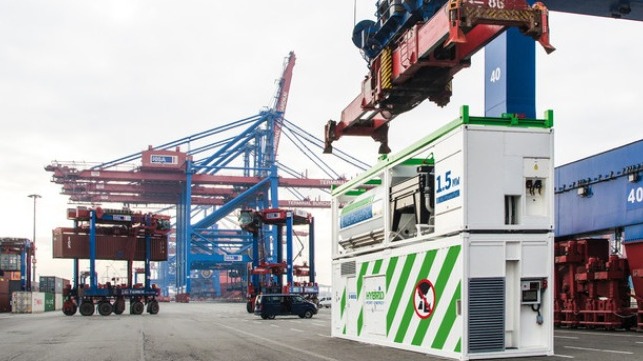 The European Sea Ports Organisation (ESPO) has welcomed Europe’s ambition to become the world’s first climate neutral continent by 2050, as proposed in the European Green Deal published on December 11.

In the coming weeks, ESPO and its members will put forward concrete proposals on how to contribute to the objectives of the Green Deal. “We share the European Green Deal ambition which is in line with ESPO’s priorities for the period 2019-2024,” says ESPO’s Secretary General Isabelle Ryckbost.

The Green Deal states that transport should become drastically less polluting, especially in cities. The Commission says it will take action in relation to maritime transport, including to regulate access of the most polluting ships to E.U. ports and to oblige docked ships to use shoreside electricity.

The Deal also states that multimodal transport needs a strong boost. As a matter of priority, a substantial part of the 75 percent of inland freight carried today by road should shift onto rail and inland waterways. This will require measures to increase the capacity of railways and inland waterways, which the European Commission will propose by 2021.

To ensure the ambitions of the Green Deal are part of an irreversible transition, the Commission will propose the first European ‘Climate Law’ by March 2020. This will enshrine the 2050 climate neutrality objective in legislation. The Commission will also review all relevant climate-related policy instruments by June 2021.

The price of transport must reflect the impact it has on the environment and on health, states the Deal. “Fossil-fuel subsidies should end and, in the context of the revision of the Energy Taxation Directive, the Commission will look closely at the current tax exemptions including for aviation and maritime fuels and at how best to close any loopholes. Similarly, the Commission will propose to extend European emissions trading to the maritime sector.”

German shipowners have raised concerns about this part of the Deal. The CEO of the German Shipowners’ association (Verband Deutscher Reeder, VDR), Ralf Nagel, says: “Germany’s shipping sector has understood what is at stake now and in future and wants to make its contribution to climate protection – and that is why we endorse the Green Deal.

“However, the E.U. emissions trading scheme is a system with the primary goal to increase the price of carbon emissions. It is not a mechanism which actually reduces emissions as such. The effectiveness of the trading scheme is therefore highly questionable, especially because it is only a regional instrument.”