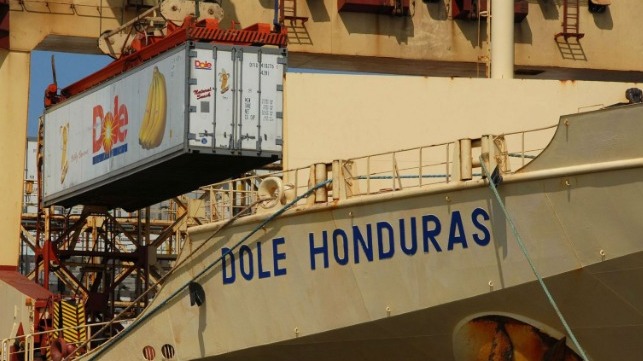 The latest figures from Dynamar’s 2019 Reefer Analysis show that the international perishables trade reached a record 163 million tons in 2018 with 119 million tons carried by sea. Yet trade tensions continue to cause concern amongst shippers and carriers, both containerized and conventional, and the slowing output in key economies has led to an erratic end to the year in terms of trade flows.

With demand for fresh produce remaining resolute, the focus is on the fleets, the fortunes and the futures of the conventional and containerized carriers. Major market movers, including global fruit traders Chiquita and Del Monte, continue to transfer their trade to boxes. Specialized conventional carriers, including this year’s market leaders Baltic Shipping and Seatrade, are being forced to focus on an increasingly tight number of trades and are likely to fall victim the coming volatility on the back of IMO 2020. The conventional fleet’s high average age, combined with fuel hungry engines, has primed the conventional sector for a surge in scrapping due to rates remaining low and higher costs on the horizon.

On the whole, container carriers are expected to fare better. Increased fuel costs and the fitting of scrubbers has made cost recovery the main aim, but the greater fuel efficiency and the capture of conventional cargoes makes for a more optimistic outlook. A further fall in the market share of the conventional carriers is on the cards.

“While we are coming to the end of what has been a quiet year, a few important questions will be asked of both conventional and container carriers over the coming months,” says author Frans Waals. “There are limits to the costs carriers can pass onto their customers and so we may see some, especially on the conventional side, exit the market. Container ships are expected to manage better although only time will tell. Overall, 2020 is likely to be an interesting year.”

An overview of the top 10 conventional reefer operators (per cft operated): 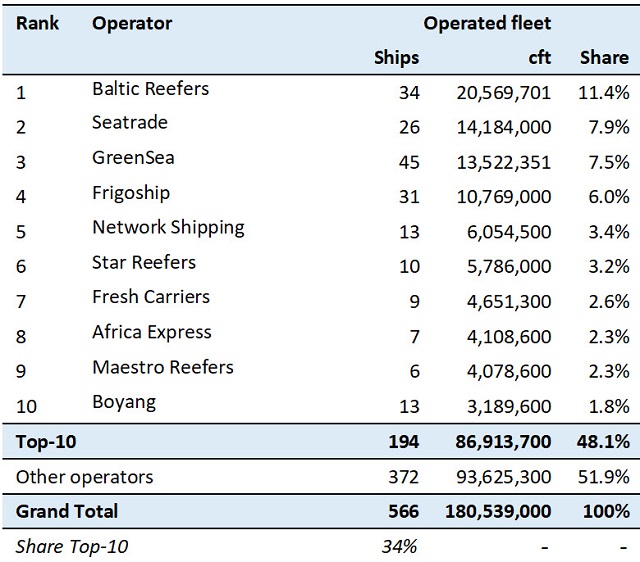 Note: Capacity has been allocated to the carrier actually responsible for the long-term commercial operation of the ships

The Dynamar 2019 Reefer Analysis covers all the key developments in the seaborne reefer sector over the course of the last three years, the current state and future development of the respective fleets, leading operators and the principal trades in depth across both the conventional and containerized sectors.