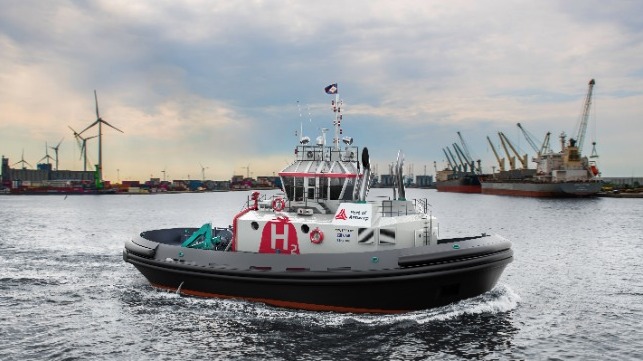 Compagnie Maritime Belge (CMB) announced Monday that it has fully offset the CO2 emissions from all of its shipping operations beginning this year. To achieve net-zero operation, the company has supported certified climate projects in developing countries and acquired voluntary carbon units in Zambia (carbon-reducing agricultural and forest management practices), Guatemala (forest management) and India (wind and solar parks).

Carbon offsets – in particular forest conservation – have attracted scrutiny in recent years over questions of permanence and effectiveness. The difficulties for forest projects include changing political winds (e.g., the rise of pro-deforestation factions in Brazil), enforcement difficulties (illegal logging and land-clearing), accounting challenges (for example, whether a successful forestry outcome would have happened anyways), and “leakage,” or the relocation of the unwanted deforestation activity to a different site.

However, CMB does not intend to rely on offsets for the long term. Rather than aiming for the IMO target of a 50 percent reduction in CO2 emissions by 2050, CMB aims to go fully zero-carbon (not just fully-offset) over the same period.

“CMB firmly believes in zero carbon emissions from its shipping operations and aims to achieve this by 2050. Many low carbon and zero carbon technologies are already in the early stages of development, and CMB is convinced that the shipping industry will find solutions to today’s problems to provide zero carbon shipping by 2050,” the firm said.

CMB is already investing in the development of low- and zero-carbon ships. It is a leading developer of hydrogen-fueled diesel engine propulsion, and its HydroTug design is the world’s first hydrogen-powered tugboat.

Swedish energy company Lundin Petroleum announced Monday that it is changing its name to Lundin Energy and aiming for net-zero greenhouse gas emissions from operations by 2030.

Actions that Lundin plans to take include:

– Lmit average operated and non-operated portfolio carbon intensity to below 4kg CO2 per boe, dropping to less than 2kg CO2 per boe after 2023 – Fully electrify its Edvard Grieg and Johan Sverdrup Phase 2 projects to achieve carbon intensity of less than 1kg CO2 per boe – Replace all net electricity usage from power from shore through investments in renewable power generation by 2022 – Offset all business and operationally related air travel emissions through natural carbon capture – By 2030, achieve carbon neutrality across all operations as an oil and gas producer.

Over the same period, the firm intends to increase its production of oil and gas from about 90 mboepd to more than 170 mboepd, with a target of greater than 200 mboepd.