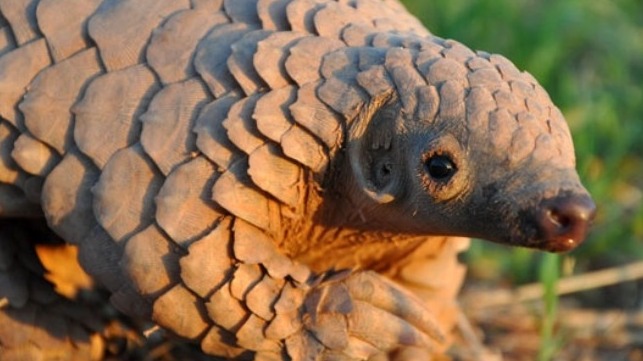 file photo of a pangolin

Media in China are reporting the results of a study by South China Agricultural University, who announced their discovery of a 99 percent genetic match between the new corona virus (2019-nCoV) and a strain of the virus found in pangolins.

Human infection with 2019-nCoV has potentially fatal consequences, with currently more than 600 fatalities out of tens of thousands of cases reported globally.

Suspicion as to the source of the outbreak has focused on a seafood market also illegally selling wildlife in the Chinese city of Wuhan, the epicentre of the outbreak. In response, authorities in China announced on January 26 a temporary ban on all wildlife trade in the country, with immediate effect.

Pangolins are considered the most widely trafficked mammal in the world. Trade involves all eight species, four of which are native to Africa and four in Asia. With reported steep declines in Asian populations, the animals have increasingly been trafficked from Africa to Asia where they are consumed as food and for their supposed medicinal properties. Pangolin scales in particular are believed by some to treat a range of ailments from problems with lactation in women through to asthma and skin conditions.

Evidence is mounting about the circumstances under which viruses are likely to mutate such that they gain the ability to cross the species barrier into humans, says TRAFFIC. These are basically unsanitary, cramped conditions where animals are kept in close proximity to each other and also to people. Such conditions are prevalent at poorly-regulated or illegal wildlife markets.

TRAFFIC research published in 2017 found an average of 20 tonnes of pangolins and their parts trafficked internationally every year. The study was released in the wake of the world’s largest ever pangolin seizure, when China announced the seizure of 11.9 tonnes of scales from a ship in Shenzen.

In July 2018, Hong Kong’s Customs and Excise Department seized over seven tons of pangolin scales in a shipping container that arrived from Africa bound for mainland China.