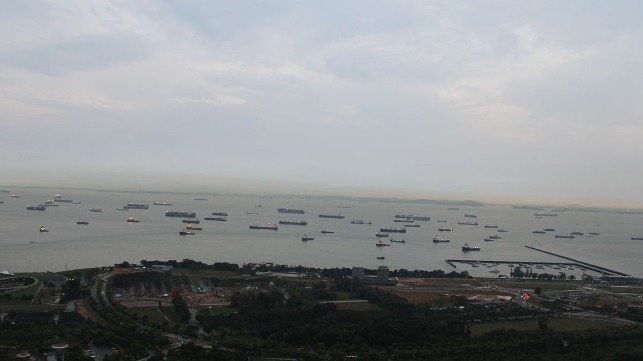 At a time of year when much of the world should be getting some kind of break from work and reflecting on the coming of spring to the northern hemisphere at least, we are instead focussed on the greatest threat to human health in a century.

The COVID-19 pandemic will leave few countries untouched or industries unscathed and both its trajectory – and what follows – will test human resilience to the limit. What shipping will look like post COVID-19 is as yet unclear; the industry is still in the thick of a battle to unlock global supply chains and deliver both aid and trade where it is needed.

However, while we cannot yet say what all the outcomes will be, some predictions can be made about what will be different, without pre-judging the length and intensity of the crisis.

The first – more conclusion than assumption – is that the pandemic has accelerated the uptake of remote technologies and the trend towards increased use of automation. Perhaps the single piece of good fortune the world has enjoyed, is that this event took place in the internet economy. Connectivity and communication have never been so valuable nor has a technology proven its worth so quickly.

In a locked-down world, the explosion in the last few months in use of remote equipment surveys and remote maintenance for critical updates proves the business case. We have begun to comprehend the importance of IoT monitoring and reporting infrastructure as well as the boom in services like telemedicine as a supplement to voice and data communications.

That will inevitably lead to the greater use of automation in future, though by no means the acceleration of autonomous shipping. Though seafarers have once again proven their critical value to the world economy, the means to replace them with unmanned ships lies well out of reach.

Second, it is very hard to predict how deeply and for how long the world economy will be in recession, though with global trade at a standstill and growth forecasts scrubbed, no region will escape the effects.

The most optimistic forecasts tend towards a savage but short term fall in economic activity followed by a much faster bounceback than in previous global recessions. But this analysis is itself subject to huge risks. The first is that efforts to restart national economies lead to a resurgence in the virus, further prolonging the downturn in economic activity.

This would both damage the economy directly and make a longer-term loss of productivity through unemployment, capital destruction and financial contagion far more likely. In the most extreme scenario, if policies to restart economic activity fail, the potential impact on economic relationships might quickly start to look more like the 1930s than the 2000s.

Thirdly, a clear downside of the recession into which major economies are already falling is that access to capital could be constrained and uneven. Indeed it seems likely that many national economic policies will have no choice but to follow a similar path towards austerity as they did after the Global Financial Crisis.

Constraining the picture still further, the banks already signed up to the Poseidon Principles (representing around $140 Bn of global shipping finance as of mid-February) have not yet made clear the specific implications of their lending policies. It is conceivable that these banks will be less likely to offer competitive finance (if at all) for vessels which negatively impact their climate alignment calculation.

As industry consultant MSI noted in a recent report, the formulation of the Poseidon Principles in fact favours some vessels over others, not necessarily to the benefit of reducing CO2 emissions. One result could be to increase the finance costs of some vessels and undermine their values, as well as effectively boosting the value of others.

This leads into the fourth assumption – or rather risk – for the industry, that it finds itself unable to make progress on the IMO and EU’s environmental policy agenda. This could take many forms; a deepening of the existing schism between the EU and IMO which could see the former push ahead while the latter is hamstrung by national administrations either plead poverty, or see the post-crisis landscape as an opportunity for delay to measures they oppose.

The UN’s classification of what constitutes a ‘developing economy’ means there is likely to be outright opposition, horse-trading and posturing and it is possible a two-tier approach will emerge if the politics of nationalism trump the desire to act collectively for the good of the industry and the planet alike.

Such a downbeat analysis is far from baked-in – much depends on how much the global spirit of collectiveness survives the end of lockdown and the resumption of a business as usual. It’s possible that the measures as currently envisaged are not fit for the situation that follows the pandemic.

Finally, and in an attempt to end on a more optimistic note, the Coronavirus crisis has demonstrated beyond doubt that, despite the importance of digital technology, the world fundamentally remains connected by a robust network of physical assets and infrastructure that operate quietly and efficiently even when the eyes of the world are elsewhere.

That the logistics chain has been able to work to maximum capacity for several weeks without a major impact to safety is testament to the culture and quality of shipping, ports and logistics operations. While writing such a sentence risks becoming a hostage to fortune, it also recognizes both the commitment of the men and women who make the world turn without pause, even under exceptional circumstances.

Whether or not seafarers are officially designated ‘key workers’, the shipping industry knows that they are, just like the port workers and delivery drivers, or shore staff working from home and trying to maintain visibility on everything from people to containers.

The end of the crisis is some distance away yet and there will be a plenty of time for social, political and economic reckoning. But just like the healthcare professionals who have selflessly put themselves in harm’s way, it is our duty not just to thank, but also to properly value our seafarers, now and in the industry that follows.

This editorial appears courtesy of Global Navigation Solutions (GNS) and may be found in its original form here.

The opinions expressed herein are the author’s and not necessarily those of The Maritime Executive.