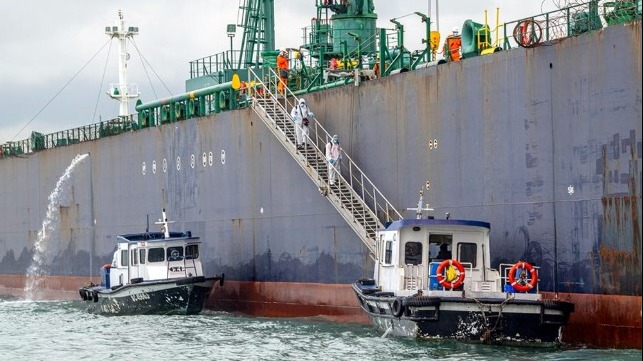 Singapore is one of the nations that is working to support the effort to facilitate crew changes both due to the humanitarian needs as well as those of the shipping companies. Local authorities have been assisting with a range of efforts including charter flights, and developing a new safety protocol, as designed to support the crew change initiatives.

Since March, more than 4,000 cases of crew sign-on and sign-off for over 300 companies have been approved for Singapore. Organized by the Maritime and Port Authority of Singapore (MPA) working with other government agencies, unions, and the shipping industry this had included more than 500 vessels ranging from tankers to bulk carriers, container ships, and offshore vessels.

“There is a global need for large numbers of crew changes to take place. We have seen a sharp increase in the daily crew change applications since our last Port Marine Circular (PMC),” said Quah Ley Hoon, MPA’s Chief Executive. She is committing the MPA to continue to work with the industry and unions on creative solutions, such as a floating holding facility for crew, for which she said the details are currently being finalized.

Another initiative that is currently underway focuses on permitting the use of charter flights to and from Singapore. The MPA, together with agencies including the Ministry of Transport, the Civil Aviation Authority of Singapore, the Immigration & Checkpoints Authority, as well as shipping companies, are all coordinating for the chartered flights for crew.

During the second flight of its kind, 54 crew members boarded a flight today in Mumbai traveling to join six ships at the Port of Singapore. On the return flight to India, 87 crew members were transported back to Mumbai. Two more chartered flights for crew change are scheduled to take place this week. 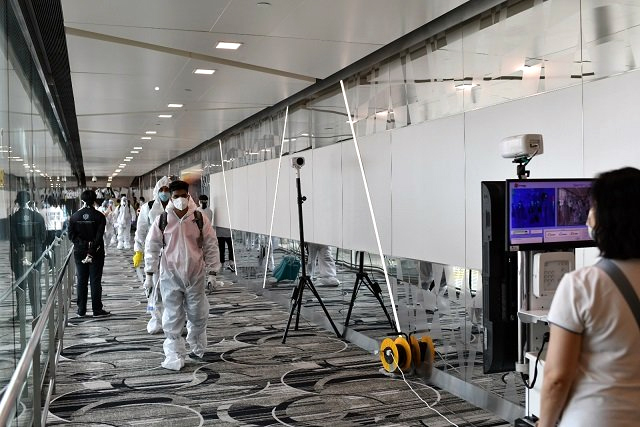 These flights and future initiatives will be made easier, the MPA said, due to the efforts of an industry task force led by the Singapore Shipping Association in partnership with Singapore Maritime Officers’ Union. Recently the task force published a set of procedures for a safe corridor that allows crew changes to be carried out in a safe environment to minimize the public health risk locally and to the shipping community.

“The shipping industry is obviously encouraged by the increasing number of crew changes taking place in Singapore, and we are appreciative of the great efforts made by the MPA and other agencies to bring this about,” said Esben Poulsson, Chairman of The International Chamber of Shipping. “Given the enormous global scale of the problem, let alone the serious implications of governments not dealing with crew change as a matter of the greatest urgency, we hope that Singapore will continue to take a leading role and at the same time continue to work with the industry to review the protocols.”

In addition, the MPA has been facilitating the disembarkation of seafarers on medical grounds, for compassionate reasons and for contracts that cannot be further extended. MPA says it will continues to facilitate medical treatment of seafarers who require emergency attention while it also reviews the crew change procedures taking into account Singapore’s circumstances and the global situation.