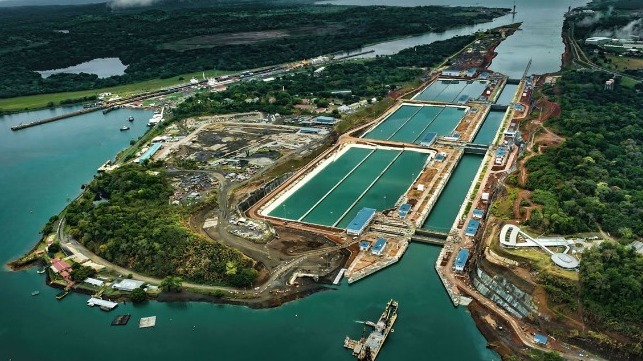 The Panama Canal Authority is ensuring shippers that it has been able to address the water issues in the canal and that it will be able to maintain operations with a secure draft for vessels despite experiencing the fifth driest year in the canal’s 70-year history.

Three months after conservation measures were implemented, the water levels at Gatun Lake can accommodate a steady 45-foot draft, according to the Panama Canal Authority. Previously, there had been concerns that without further interventions that the falling water levels would significantly restrict cargo transits.

Earlier this year, the Panama Canal implemented water-saving measures to address the concerns over the lack of rain. Emerging from its dry season, the Panama Canal Authority says it can maintain a competitive draft with steady operations for months to come.

“Having an operational level of water and transit reliability in the second half of 2020 will be critical for the waterway as it advances its search for long-term water solutions and prepares for coronavirus-driven shifts in trade,” they said in a press release.

The waterway reported that they have been carefully monitored operational water usage since the end of 2018. Due to the unprecedented drought, rainfall at the watershed was 20 percent below the historic average. Water levels were severely constrained at the Gatun and Alhajuela lakes, the main sources of water for the canal, and half of Panama’s population.

The Panama Canal adopted a series of measures to sustain the operational level of water, including a freshwater surcharge. The reservation system was also altered to increase certainty around transit schedules. This allowed for more efficient use of water resources and conservation tactics. Among the more innovative technique developed by the Panama Canal was cross-filling lockages, which saves the same amount of water used in six lockages each day by sending water between the two lanes during transits at the Panamax Locks.

They are also continuing to implement a series of long-standing conservation initiatives that have been successful in reducing runoff rates and water usage in the surrounding communities.  To date, they have completed as the reforestation of over 22,000 acres of land in the area around the canal.

The Panama Canal Authority is also continued to search for long-term solutions. By the end of the year, they expect to request and being to review engineering proposals, and after that, begin constructing a long-term solution.