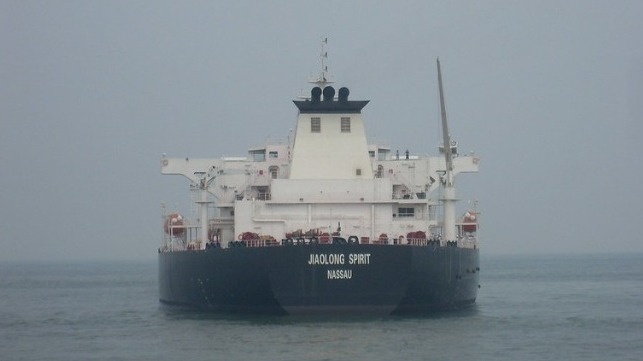 Human Rights at Sea has published a case study on the unfolding case of the missing Third Officer Cristito M. Acosta, who disappeared without trace from the Bahamian-flagged tanker Jiaolong Spirit on April 23, 2020.

Cristito, or ‘Cris’ to his family and friends, was two months into a six-month contract onboard the Jiaolong Spirit. He had joined the vessel on February 22 in New Orleans. The vessel is owned by Jiaolong Spirit LLC and operated by Teekay Shipping through Teekay Marine (Singapore) PTE Ltd.

Cristito was employed in the capacity of Junior Third Officer. He was undertaking his third contract with the company, which he joined as a deck cadet in June 2017. This was the first time he had worked onboard the Jiaolong Spirit. Previous contracts had been onboard the Beijing Spirit and Erik Spirit.

The family has launched a social media campaign to raise awareness about Cristito’s case and put pressure on the authorities to investigate the circumstances surrounding his disappearance. The campaign has mainly been coordinated via Facebook and in Tagalog, the principal language of the Philippines.

The family approached Human Rights at Sea and asked it to raise the case publicly and ensure that their views are represented. The charity has been in direct contact at CEO level with Teekay in Vancouver, and it understands that a full investigation is now underway by an independent third party which will review the evidence and liaise with the family. The charity gave Teekay a right of reply to the report and is pleased at the firm’s constructive engagement.

“This is a hugely sad matter for all of us to have lost our colleague Mr. Acosta and we deeply sympathise with Mr. Acosta’s family,” said Teekay in a response.

“We have listened to the family’s concerns that Mr. Acosta may still be onboard the Vessel and held against his will. In light of their concerns, we are committed to a thorough and fully transparent investigation of the matter. We have appointed a forensic consultant to attend the vessel at her first port of call and conduct an investigation. We have also invited both the Flag State of the Vessel (The Bahamas) and the Philippines Embassy to send a representative to join the investigation.”

“We have also put the family in touch with our appointed investigators so that their concerns can be heard and understood. We do understand the family’s desire to attend the vessel themselves to search for Mr. Acosta. We have not refused this request but given the travel restrictions in place in both the Philippines and in the country where the Vessel is headed, we are not sure how the family anticipate attendance.”

There is a clear requirement for a thorough and transparent independent investigation in to the circumstances of this tragic matter. A professional seafarer does not go missing from a well-run crude oil tanker for no apparent reason. There are questions to be asked and lines of investigation to be followed, whatever the outcome.

“We are aware of the start of an investigation correctly instigated by Teekay, and we trust that the eventual findings will be made public with minimal redaction, both for the family’s sake and in the public interest. We have also raised the issue of transparency with Teekay and fairly acknowledge their swift engagement,” said CEO David Hammond Esq.

The opinions expressed herein are the author’s and not necessarily those of The Maritime Executive.